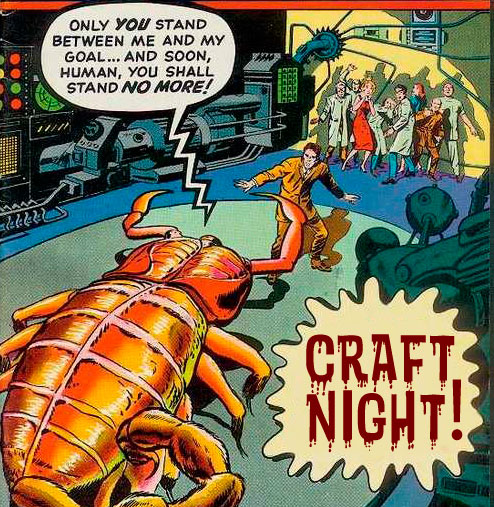 Tonight! 9pm – 12-ish at Akbar it’s CRAFTNIGHT!
Project: BYO-Pumpkin OR Haunted Sand Crafts
$2 Processing fee please
$4 Cosmopolitan Drink Special: You only go around once in this life, so you have to grab for all the gusto you can get. JUST GRAB IT!!!

This evening’s crafts will be brought to you via Bianchi Bicycle, meaning I can’t pick up any extra pumpkins for tonight’s carving extravaganza, you’ve got to supply them yourself! Bring in your own pumpkin and a candle, and I’ll have tarps and all manner of crazy carving implements for you to set up shop and whittle your squash into proper Halloween fashion.

If you walk in without a pumpkin, never fear! I have some sassy seasonal spooky sand crafts, as well as some other Halloween projects that will be just as enjoyable. Come in and enjoy the evening, we’ll be delighted to see you and your funkin!

ALSO check out THIS!
Thursday: WigOut’s 7th Anniversary ZOMBIE BALL!  A Treasure trove of the undead performing JUST FOR YOU!!! 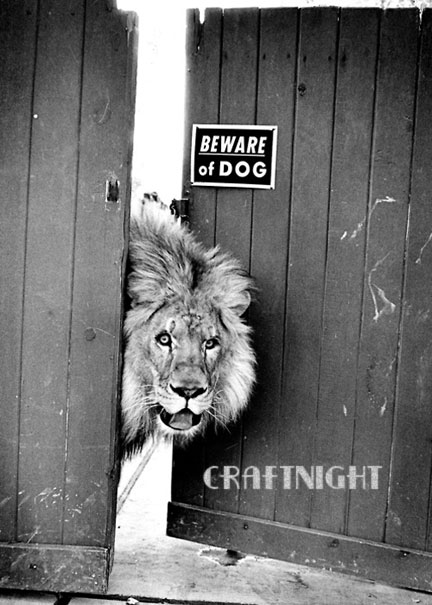 This Wednesday, February 1st, 2012 from 9pm until midnight at Akbar it’s CRAFTNIGHT!!!
Project: Skateboarding Valentine Pig (or Groundhog)
$2 Processing fee, please!
$4 Cosmopolitans! Be in the know with a pink cosmo!

Presenting: The Skateboarding Valentine Pig, that’s right it’s no joke, it’s not a dream this is REAL.
And it doesn’t have to be a skateboarding pig, maybe it can ski or do some other sporty activity. And maybe you can make it NOT be a pig, maybe it can be a really pink bear. But even if it was just to be itself, I would rate this as a highly satisfying craft. The pig comes with sunglasses. The skateboard comes with moving wheels. Moving wheels! Zowie!
February 1st isn’t close to Valentine’s Day, but it is really close to Groundhog Day, which is my birthday.
And it’s not just a regular birthday, it’s my 40th.
That’s a hell of an anniversary!
Turning 40 means that I like hugs, kisses, costumes, cupcakes and presents. If you feel like stopping by the bar with none or all of those things this Wednesday, I’m totally into it. I’m not going to be shy about it, since it seems silly to pretend that I don’t like hugs, kisses, costumes, cupcakes and presents when I totally DO. This is a shameless announcement encouraging all of the above because this is, in effect, the last day of my “Jack Benny Year.” And if you don’t know what “Jack Benny Year” means, it means you’ve most likely not yet made it to 39 yet. Go look it up on the internet and sleuth it out! Sleuth Sleuth!
I also like seeds, tiny paintings, plants, camping, cooking, music, reading, writing, drawing, movies, experiences, and spending time with good friends. Shameless.

See you at the Craft Table!
JP Craft Captain 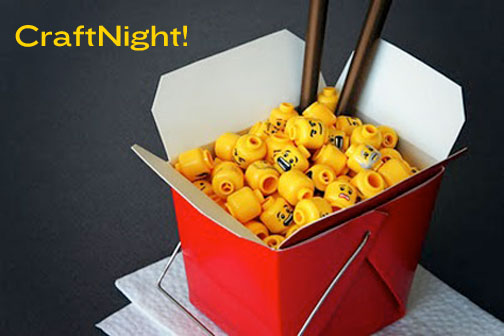 This Wednesday,  January 18th, 2012 from 9pm until midnight at Akbar it’s CRAFTNIGHT!!!
Project: Dragon Noise Makers (Karate Kid Style)
$2 Processing fee, please!
$4 Cosmopolitans! The Akbar Cosmo: Your key to a better tomorrow
Don’t panic, if your new year’s resolutions are already shot, the good news is that January 1st is only one little interpretation of THE NEW YEAR. Luckily, another new year’s celebration is right around the corner, and it’s a whopper! China celebrates the new year for TWO WEEKS! It’s a comprehensive series of days, each with it’s own special meanings and tasks. I can’t even begin to pack it all into this post without becoming Wikipedia, but here are some of the things it entails: Cleaning, Forgiving, Visiting, eating, Writing your name on a mandarin and throwing it in the river, guiding spirits home, making lanterns, firecrackers, dragons, have your fortune told, giving people money in little red envelopes.
So you know, do the new year again, it’s the year of the DRAGON, it’s kind of a big deal. Out with the old and in with the new, expel the negative chi from your life and breathe in energy, vitality and unbridled enthusiasm! To make sure that everyone knows you are enthusiastic, we’re making dragon-themed noisemakers, the kind everyone used to cheer for Ralph Macchio in Karate Kid: Part II. Here’s what I’m talking about, keep in mind, the noisemaker situation doesn’t really present itself until after the dramatic build-up until about 3:40 or so:

This could be YOU (metaphorically speaking, of course). We’re making these… the cheap imitation cardboard version, not the fancy kind made out of wood and animal skin that Mr. Miyagi is using. And no, Mr. Miyagi isn’t Chinese, he’s Japanese, but let’s not turn into Wikipedia again so I can end this post. I’ll bring paints so you can really do it up.
See you at the Craft Table,
JP Craft Captain