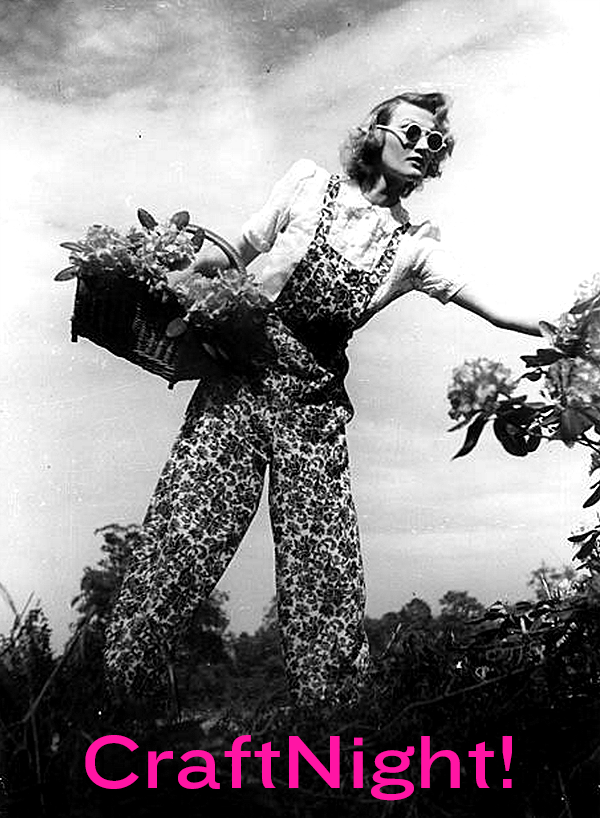 Optical illusions are SO COOL, and sand art is also cool… we’re combining two of my favorite things into ONE craft tonight! It’s been almost an entire year since we’ve done sand art, I can’t believe it, since it really is, in my mind, one of our more relaxing and compelling crafts. How does it work, you ask?

Peel off the special laser cut paper to expose the sticky side, and sprinkle colored sand onto it. That’s all you do, and after peeling back more paper and pouring more sand, you get a really trippy multicolored far out abstract pattern suitable for framing! You get Op Art, a la the checkered, stripey, explody graphic-laden pattern style visuals that hit peak popularity in the mid-1960s.

You can then take things to the next level and glue some sparkly things to it, or leave it as is. If you topple into a rabbit hole of analysis and rationality… we support that, but we can’t guarantee that we’ll be successful in fishing you out, so regulate your artistic charisma accordigly. 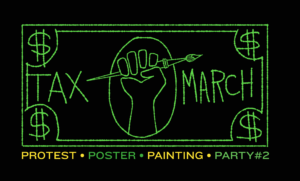 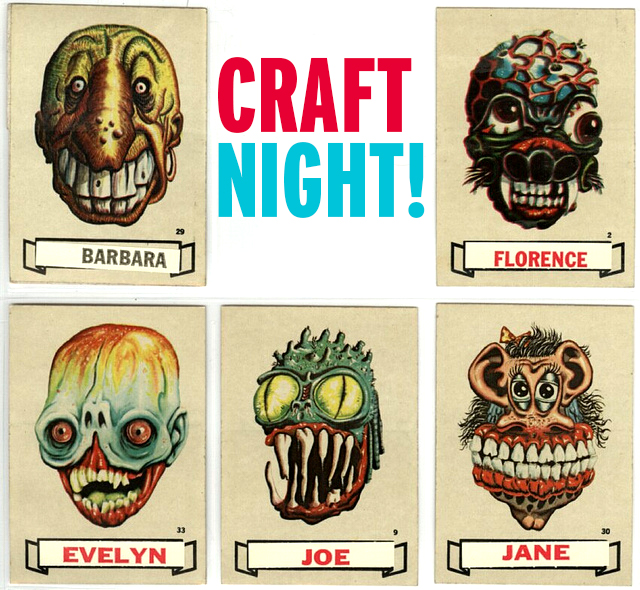 Wednesday April 4th, 2016 from 9pm until midnight (or later) at Akbar, it’s CRAFTNIGHT!!!
Project: Monster Sand Art!
$3 Processing fee, please
$4 Drink Specials at Akbar: We have just one cocktail… yours.

Monster sand art, like monster trucks and monster burritos, is everything you could want in a craft. It gives you everything you need without asking for much in return. Peel off the special laser cut paper to expose the sticky side, and sprinkle colored sand onto it. That’s all you do, and after peeling back more paper and pouring more sand, you get a freaky monster art piece that you may then decorate to your heart’s content.

Legends and old dusty books of yore tell of hideous frightening creatures bent on destruction and bodily harm. Their presence was supposed to be an omen of bad things to come, a disturbance in the force, Joe never having a second cup of coffee at home. You have your human-sized monsters, like Dracula, Frankenstein, Werewolves and then you have the giant monsters like King Kong, Godzilla, Kthulu, those crazy creepy squeaky statues from Jason and the Argonauts, oh god, those were terrifying. You have your interplanetary monsters, your nuclear power gone wrong monsters, your fantasy monsters like griffins and harpies, your cross-species animal mutants, your cylon robots, replicants, and of course you have your self-made villain monsters like Doctor Octopus, Scarecrow and Green Goblin.

And then you have the GOP and it’s current mishmash of diabolical doorknobs crawling all over each other bungling greed, trying to make sense of their misguided strategy to shorten the primary election cycle, giving them choices between “The Cotton Candy Hairpiece wearing Tangerine” and the “Scrotum-Faced Carnival Barker.” Is this monsters? Is it mutants? Is it unprecedented? Only November will know for sure.

Let’s make some monsters to blow off some steam.

Also: It is Marcus Kuiland-Nazario’s birthday and he’ll be celebrating at CraftNight! Come on in and give him a hug! Happy Birthday, Marcus! 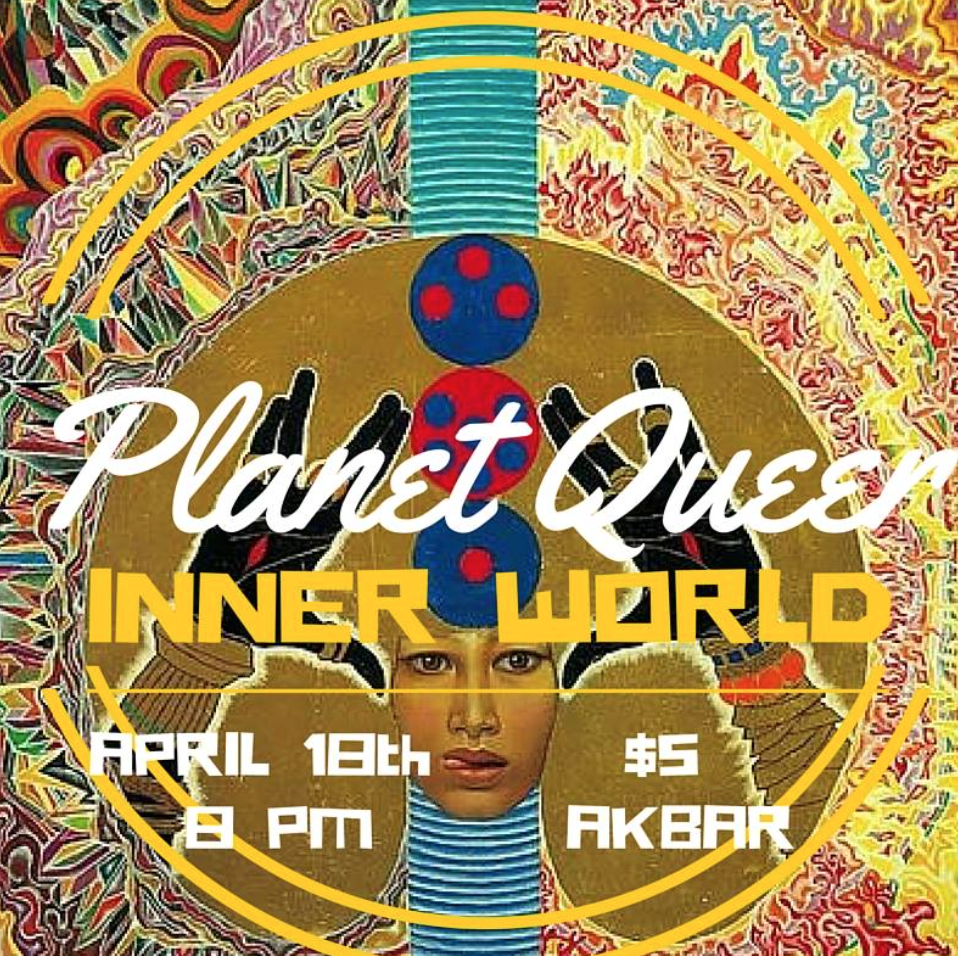 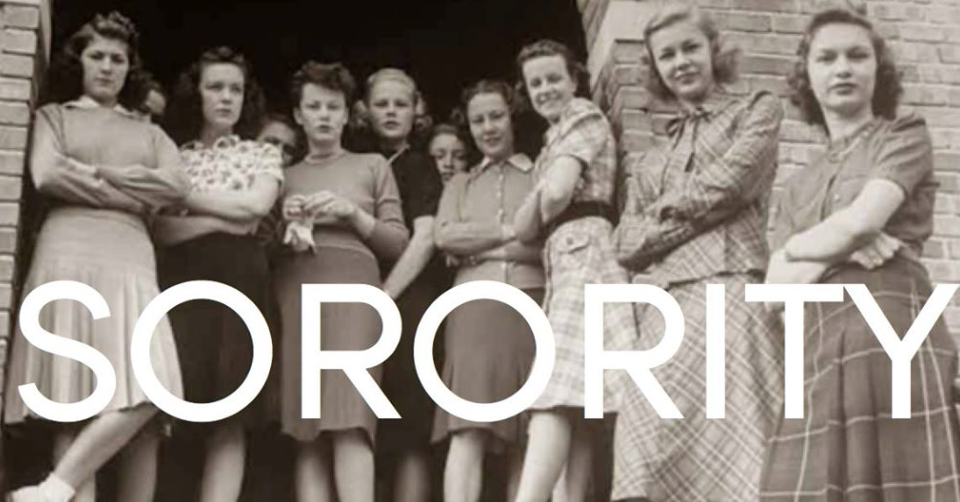 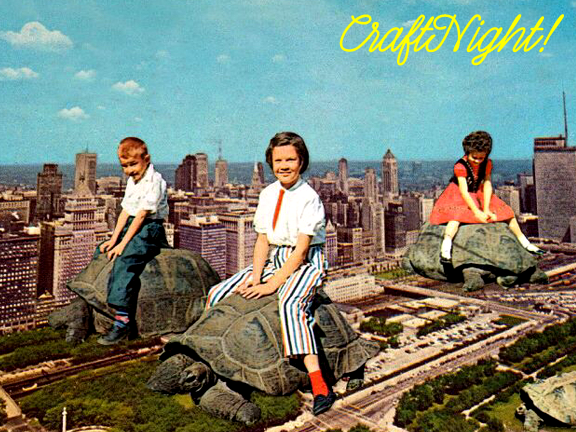 This Wednesday, June 3rd, 2015 from 9pm until midnight (or later) at Akbar, it’s CRAFTNIGHT!!!
Project: Celestial Sand Art
$3 Processing fee, please
$4 Drink Specials, because a closed mouth gathers no cocktails…
[Extra Info about class with JP and CraftNight’s upcoming capers at the bottom of this transmission]

Like sand through the hourglass, these are the days of our crafts. I love sand art, I love love love it, and we have some remarkable mandala-type thingies for you to make this week in the shape of the sun or the moon. These self-adhesive boards merely require you to peel back paper to expose the sticky side where you then sprinkle colored sand. It’s like a very grainy paint-by-number. They’re round, which means they look especially new age.

Round art is inherently subversive because it just doesn’t fit into the uniformly accepted and practical square frame. We often make 3-D art, or dimensional strangely-shaped crafts at CraftNight, but not a lot of our crafts are unabashedly round. While these mandalas are offering an observably mellow and meditative theme centered around the cosmos, it cannot be denied that round art is sometimes just a glorious pain in the ass. Round art insists. Round art will not politely exist with all the other stuffy wonders on the wall in a neat and respectable tableau. That’s why you should come in and try your hand at sprinkling colored sand, it’s trouble-making at it’s most benign.

Speaking of trouble-making, i’s officially Gay Pride Month, which means it’ll be pretty festive around here. We’ll begin June with the sun and the moon sand art pieces, and next week we’ll have rainbow necklaces for everyone to assemble. Get ready!!!

JUNE 11th: ARTIST BLOCK TALK WITH JP (that’s me) at Echo Park Film Center! I’m an artist and I know things and I have advice about artist blocks, and making stuff! Come get knowledge and treats! More info FB Event

COMING UP IN SUMMER>>>> CraftNight Campfire Resort at Akbar!!! All of the camping, none of the nature! Huzzah! As soon as the summer solstice hits, it’s campin’ time! Get ready…

ONE MORE LEEEETLE THING…
Lesbians in scrubs! Jesus-worshipping meth heads! Racial segregation! Live singing and dancing! Wait, what? That’s right, take everything you love about Orange Is the New Black and put it to music, and you’ve got Orange Is the New Musical: The UnauthorizedParody! Extended for one night only—Saturday, June 13, in Downtown Los Angeles—this bawdy, hilarious tribute features a cast of 30 incredible performers, a live band, more than 15 original songs that you’ll be humming for days. 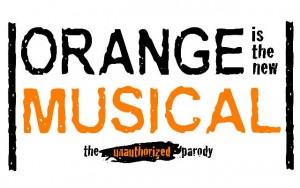 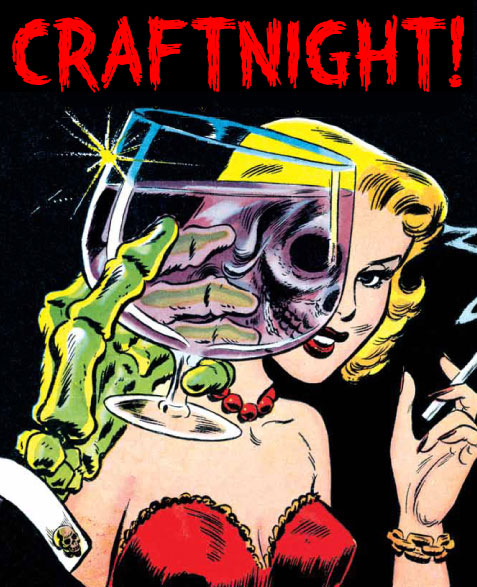 ONGOING Gothtober Countdown Calendar by yours truly and 31 fantastic artists on the internet for you to see! GO SEE!

Wouldn’t you know it, I was walking down a very dangerous uninhibited alley full of horrible smells and dumpsters and canisters full of bubbling slime, just the kind of place I like to walk alone and explore. Right next to a canister of what could only be described as fetid rotting snot was a very old and decrepit curiously interesting cardboard box, covered in “DO NOT OPEN” and “PROPERTY OF MARIE CURIE” labels. It was scuffed with grease stains and had the faint smell of clorox, and I was strangely, magnetically pulled toward its contents. I knelt down, pulled opent the flaps. There was kind of an explosion, a loud “MON DIEU! Vous avez fait une erreur énorme! IMBECILE!”  (too bad I don’t speak French) and sort of a weird apparition of a women flew out of the box, she was kind of old-timey looking and green, but definitely irritated. Honestly, I think my eyes were just playing tricks on me. I was quite startled by this event, but managed to calm myself and get back to the box and thank goodness, because what a delight!

What a craft find, tons of packets of weirdly questionable magical glow-in-the-dark skeleton and tombstone crafts! These are so easy to make, you just “peel to reveal” the adhesive and then pour on the colored sand and voila, you have yourself an exciting project. I’m not sure if it’s safe to use these, I scoured the rest of the alley and found some lizard gizzards and some rat whiskers, but nothing else was as cool as these radioactive glowy sand crafts.

NEXT THURSDAY: Wig Out!™ Get Your 7 Year Anniversary Zombie Ball On! (I’ll be good and dead, come see me…)

See you at the craft table, JP Craft Captain