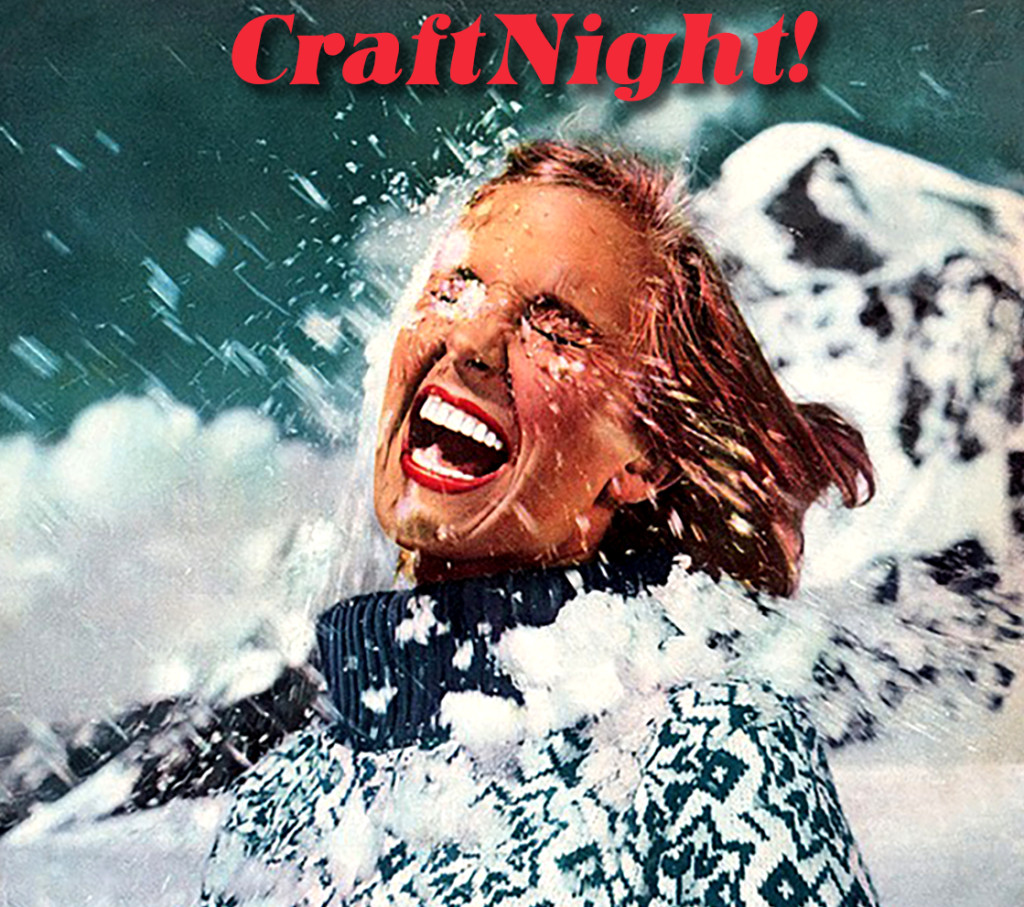 It is the first CraftNight of 2016 and we begin our 14th year. We’re starting the year with fusion beads, because it’s a warm craft for a cold night! Fusion beads literally fuse when you heat them with an iron, which is super cool, and a super reminder of fusing your intentions for the new year. I keep asking people what their new years resolutions are, and they keep telling me they don’t have any, and I’m like… what are you… THREE YEARS OLD?

COME ON, if anyone is going to be easy on yourself about failing to meet a resolution, it’s YOU! I mean omigod, TRY. Like, I know we live in a society where no one wants to make a commitment or a choice or have to do ONE thing at a time. You can’t play mini golf if you are also at the movies, it’s a gold-plated conundrum. Those of us who are lucky enough to suffer from “fear of missing out” experience a tidal wave of choices and channels and apps and options paralyzing the brain with an overload of data. It’s hard to even pick a goal, much less stick to it.

Platitudes and proverbs about the new year can seem like empty rhetoric, a nothing-something that most of us can’t even really hear any longer. This means there’s this societal knee jerk reaction to making new years resolutions because they are uncool, they require WORK. You might fall short of your own expectations if you make a half-hearted goal and give it a lukewarm attempt at fruition. It’s totally cliché to make resolutions in January for the new year, but clichés are annoying because they are almost always TRUE. So what does it all mean?

It means that you are never going to eat that bologna sandwich unless you decide to take the bologna out of the package. Every lasagna has to start with a noodle. Wearing shoes involves putting them on your feet. These are not monumental goals for most, but they are intentions that are made real more often than you might think. People are wearing shoes Lasagnas are being stacked, baked and eaten. Bologna is being freed from its constrictive packaging.

This is why we’re doing fusion beads this week, because you can’t turn back once you decide to fuse them. It’s a meditation on process and permanence. It’s plastic beads, so it’s cheap and colorful and fun and seems innocuous, but trust me, your subconscious will thank you.

January 26th BINGO: Tuesday 8pm to 10pm it’s Bet Yer Bottom Bingo with the big bad prizes you’ve come to love us for, so come on in and try your luck with booze, girls, boys, balls, it’s the best in neighborhood gay bar gambling!